The Armed Services Editions of WWII

Thanks to donations by the American public, the Victory Book Campaign of 1942 and 1943 was able to distribute 10 million book to the troops. Unfortunately, this was a very inefficient program: Over 8 of the total 18.5 million books collected had to be discarded because of poor physical quality or undesirable subject matter. The books that were acceptable were bulky hardcovers which took up valuable cargo space aboard supply ships.

American publishers at this time had yet to embrace the more utilitarian paperback. The Army purchased 3 million paperbacks directly from publishers in 1941, 1942, and 1943, but few titles were available in that format. Bestsellers and new books were only released as hardcovers.

The chief of the US Army Library Section, First Lieutenant Ray Trautman, proposed a solution. In January of 1943 Trautman and the chief Navy librarian Isabel DuBois approached the Council on Books in Wartime with a concept for a cooperative publishing project. The enthusiastic CBW, an association of the US publishing industry, sprang into action. Their project called for the publication of current and popular books as lightweight paperbacks paid for by the US government and distributed exclusively to American troops overseas. These were the Armed Services Editions. 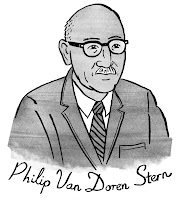 Management:
Editions for the Armed Services, Inc. was managed by CBW member Philip Van Doren Stern. Stern had been executive editor of Pocket Books (a publisher of paperbacks). As manager Stern had to coordinate the committees of the CBW, representatives of the Army and Navy, publishers, printers, and paper suppliers. In December of 1945 Stern resigned and was replaced by Stahley Thompson who had been working with the Army’s Yank magazine.

Selection process:
The military wanted recreational reading that would suit a range of tastes. As a result ASE titles were a mix of fine literature and popular fiction. The preference was for current books. Unfortunately, the war years saw a decrease in new writing, so older books from the 1930s and classics were also published. An effort was made to keep the books unabridged, and the writing was not censored. All books entered into the ASE program had to be approved by the CBW committee and representatives from both branches of the military.

Production:
To keep costs to a minimum publishers and authors agreed to each receive a royalty of only a half cent per copy. Five printing companies offered rates at half of their usual profit. H. Stahley Thompson, the graphic arts specialist in the Special Services Division (responsible for  entertainment in the Army), had the idea to use magazine printing presses to produce books inexpensively. The books were printed two-up and cut in half, resulting in thin pocket-sized books bound on the short side. The text was printed in a small point size and in two columns per page to lower the pagecount and save on paper.

Distribution:
One of the requirements set by publishers was that ASEs be distributed only outside the US. There was a fear that after the war the military would dump their stock of books, which would disrupt the civilian market. The ASEs were most easily found behind the front lines where troops had the most spare time and access to supplies, but books also made their way to combat troops in action. The largest single distribution was in the run-up to D-Day. Each soldier waiting in the marshaling areas in England was given a single ASE to read while waiting to board the invasion fleet. After their departure the crews cleaning the camps found very few books left behind.

Reception:
On the whole GIs were happy to have the reading material. Boredom was a key problem in military life, which ASEs helped alleviate. The New York Times Book Review called the Armed Services Editions “more popular than pin-up girls.” A private from Brooklyn who was to be part of the Normandy invasion was interviewed by a New Yorker correspondent: “These little books are a great thing. They take you away... This one I am reading now is called Candide [by Voltaire]. It is kind of unusual, but I like it.” Millions of American sailors and soldiers were exposed to books that they would not ordinarily have read. An Army officer in England wrote to the CBW, “you can find boys reading as they never read before. Some toughies in my company have admitted without shame that they were reading their first book since they were in grammar school.”

Postwar:
By the Autumn of 1946 the Armed Services Editions included 1,180 titles. Over 123 million copies were sent overseas at a cost of just over $7 million. The US War Department bestowed an award to the Council on Books in Wartime, “in appreciation of the patriotic services of Editions for the Armed Services, Inc.” It was the publishers’ view that GIs returned home with a new thirst for reading and contributed to the postwar boost in book sales. The great success of the program helped encourage book publishers to push forward with the “paperback revolution” in America. While the ASEs were meant to be disposable, many have survived to this day and are valued by collectors (check out eBay).

Books:
Cole, John Y. Books in Action: The Armed Services Editions. The Center for the Book, Library of Congress, 1984.

Websites:
www.ArmedServicesEditions.com This website was built by a collector of ASEs, Russ Meekins.

Books Go To War This website was built by The University of Virginia, which held an exhibition of ASEs back in 1996.

Books in Action The Library of Congress put up the full text of this book on their website.
Posted by Andrew at 11:58 PM 0 comments

London Bookstore and Library Bombed in the Blitz

In researching books in Britain during World War II, the two photographs below kept turning up. They appear on numerous bookish blogs, but none of these sites included text to put the scenes in context. I found them on stock photo sites and have included the captions here.

On Corbis I found this top image of the library at the 17th-century Holland House. On the night of September 27, 1940 the building was hit by German bombs. This place was private property, so I don’t know why these men would be browsing the shelves the day after the attack. I suspect that the scene may have been staged and printed in the newspapers to boost morale (to showcase British perseverance in the face of the German Blitz).

The photograph is part of the collection held by English Heritage, which provides the following caption:

Holland House, Kensington, London. An interior view of the bombed library at Holland House with readers apparently choosing books regardless of the damage. Photographed in 1940. The House was heavily bombed during World War II and remained derelict until 1952 when parts of the remains were preserved.


The next photo I kept seeing is a British kid reading amidst the ruins of a bookstore. AP Images includes a caption that was written during the war:

Reading history and seeing it, too an amusing sidelight of the latest chapter in London’s history is this lad who, according to the British caption, sits mid the ruins of a London bookshop following an air raid on October 8, 1940 in London, reading the History of London.
Posted by Andrew at 11:15 PM 4 comments

Email ThisBlogThis!Share to TwitterShare to FacebookShare to Pinterest
Labels: bookstores and libraries, British publishing in WWII, Photos of people reading

Bloomberg Businessweek had an interesting article this week about the hundreds of thousands of books that were stolen by the Nazis and are still housed in German libraries.
Posted by Andrew at 10:17 PM 0 comments